Exclusive interview with Joe Harris, writer of The X-Files (IDW) 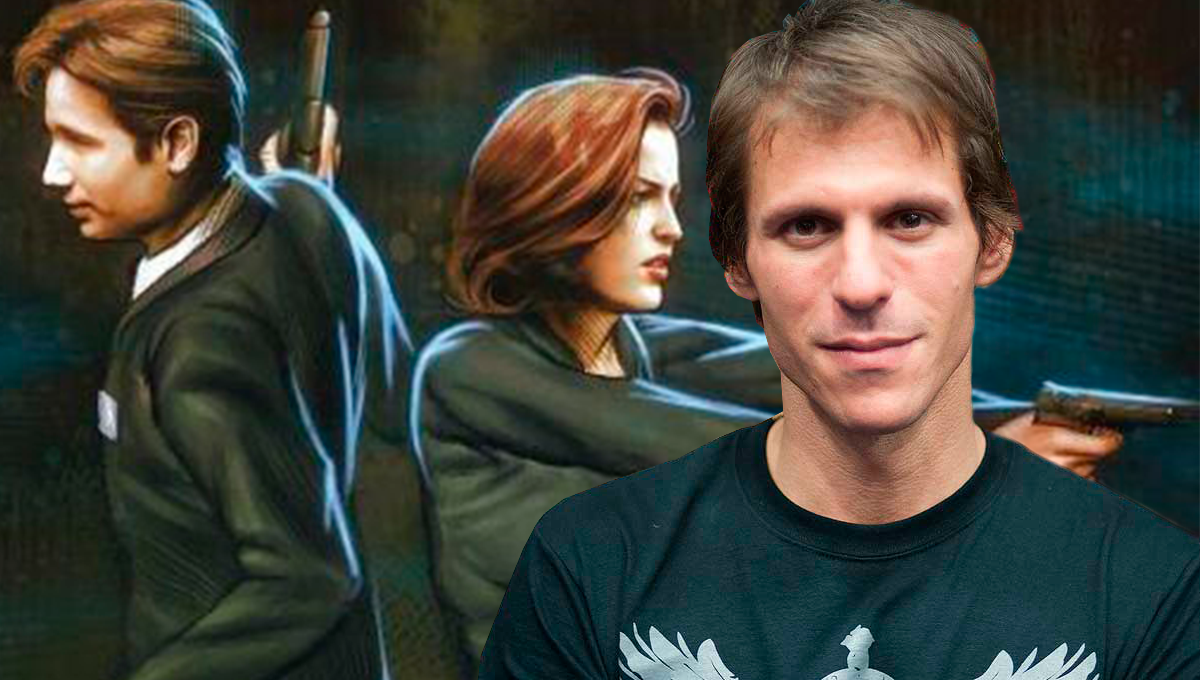 We have an exclusive interview with The X-Files' comic books writer for the last several years, Joe Harris. Joe is an American writer of comics and filmmaker. He is co-creator and writer of a great variety of regular series and graphic novels, like the new Image Comics series, Rockstars, the successful science fiction books Snowfall and Great Pacific, the supernatural thrillers Ghost Projekt and Spontaneous, and the original graphic novel Wars In Toyland, for Oni Press.

As a filmmaker of horror and terror, Harris conceived and co-wrote Darkness Falls for Sony Pictures (after that, his first short film, Tooth Fairy, was acquired by Revolution Studios and became a full-length film), as well as the absurdly delicious The Tripper, for Fox. He is currently writing the live-action web-series Ninjak Vs. The Valiant Universe for Valiant Entertainment, which will be released later this year.

In comics, he has worked with many characters in almost every major publisher, such as Dark Horse (BPRD, Creepy), Dynamite (Vampirella), Oni Press (Ghost Projekt, Spontaneous), Image (Snowfall, Great Pacific), and of course, Marvel and DC Comics. For the House of Ideas, he did complete series such as Slingers (1998), a 12-issue Spider-Man spin-off; Bishop: The Last X-Man (1999), in which he wrote 15 of the 16 issues; and the 4-issue miniseries X-Men: Liberators (1998). In addition, he scripted unitary chapters of Uncanny X-Men, X-Factor, X-Force, Generation X, and others.

However, perhaps his work with more media attention is in IDW's The X-Files franchise, which since 2013 he has been a writer for the series Season 10, Season 11 and The X-Files (2016), in addition to the Millennium miniseries. First announced as the canonical continuation of the adventures of Mulder and Scully, retaking the story from the point where it was in the 2008 film The X-Files: I Want To Believe. Featured Chris Carter as Executive Producer, with art of Michael Walsh, Matthew Dow Smith and Menton3, among others. The return of the show to the television forced to change the plans, and so Season 10 and Season 11 becomes part of an unofficial continuity. The X-Files (2016), however, do belong to The X-Files: The Event Series universe.

Unfortunately for his followers, recently news announced that Harris leaves the franchise, finalizing his work in The X-Files #17, which will be published in September.

Always active in his social networks, Joe is well known for being very kind to his fans. So, he has agreed to take some valuable time to answer a little interview, exclusively for Cuarto Mundo.

Eduardo Álvarez: Where does your interest for writing comics comes from? How did you came to work on the industry?

Joe Harris: I was always a fan of comics, and collected them through my teenage years spending most of the money I’d earn while working after school on them. I had a friend who was illustrating for Marvel Comics when I graduated from film school and I was introduced to editors there who liked my work.

EA: Your first works on indie publishers, like Ghost Projekt and Spontaneous, were focused on the supernatural thriller theme. Where comes your interest for the genre comes from, and what are your main reference sources?

JH: I grew up a big fan of John Carpenter and have always enjoyed genres that broaden out to include other aspects of other genres as well. With “thrillers” we’re not confined to any particular setting or subject matter.

EA: How did you arrived at the possibility of becoming the writer for The X-Files comics?

JH: IDW asked me if I was interested back in 2013, as plans were being made to revive THE X-FILES in comics in anticipation of the 20th Anniversary of the franchise. They liked my ideas, as did FOX. And, fortunately, Chris Carter agreed.

EA: How was working side by side with the original series creator Chris Carter? Legend has it that when Topps was publishing the X-Files comics, Carter was very obsessive and jealous when approving new material.

JH: He was a little apprehensive of the process at first, and that made sense. But once he read my overview, and offered some guidance, I think he trusted me, and this entire process, a bit more. I have tremendous respect and admiration for Chris Carter, and he’s been incredibly generous with his kind words for my work, and these comics.

EA: Was Carter clear from the get go about what topics you could work with, or was your decision to let some iconic elements out like William, Mulder and Scully’s son?

JH: Chris actually steered me away from using William in the ways I’d initially intended. Back at the very beginning of the planning stages, before Chris had offered to come on board and help us launch, I’d hoped to develop William into more of a long-range threat to Mulder and Scully. He (very wisely) urged me away from this idea, and that worked out very well as it got me thinking about using Gibson Praise instead.

I had planned to build a big storyline around the hunt for young William Scully, who I’d envisioned as a very powerful and potentially neglected young man who resented being given away for adoption and who might have been compromised, or was even leading the effort to fuck with his mother and Fox Mulder. Chris Carter warned me away from this idea, expressly citing how personal a subject William was particularly for female X-Files fans. But this led to my reconnecting with Gibson Praise’s character and I found so many oft he themes I’d hoped to explore, and the plans I’d imagined this “big bad” would launch actually fit so much better.

EA: It’s very clear you documented yourself studying to the last scene from all nine seasons of the show. Was this because of labor requirements or were you an old fan of the show?

JH: Oh, I was a fan from the very beginning. I probably softened my view somewhat toward the end like a lot of people did who’d been watching from early on. But I was always a fan. That said— yes, many rewatches were required. Especially early on, to get the references correct and make the characterizations feel authentic.

EA: On several occasions you’ve told that Season 11 was cut short because of the change of plans caused by the return of the tv show. Did the same happened with The X-Files 2016 or were you able to develop the series as you planned?

JH: It did happen again in 2016, unfortunately. The publisher decided they wanted to give the regular publication a break and my overall idea of going 25 issues was truncated.

EA: How do you feel leaving Mulder and Scully? Do you think you completed your task on this franchise or do you think you still have stories to tell?

JH: I feel accomplished in that I wrote this series for about four years, which is a very long run for a writer to stay on a book by modern comics standards. But of course, I miss them both and would very much like to contribute to their adventures again at some point, should I be extended the opportunity.

EA: I hope so! In my opinion, some of your latest works, like Great Pacific of Snowfall, have strong political and ideological ideas. Have you always been a political activist, or this aspect of your work was influenced by the actual political situation, like Trump or the Brexit?

JH: I’ve always been interested in politics and policy, and I’ve seldom been one to not say so through my work and public forums. The rise of Donald Trump has just sent everything into overdrive.

EA: Can you tell us something about your next projects, beyond Rockstars?

JH: Not specifically! But I’m readying a new round of original, creator-owned comics that span the genres I enjoy.

EA: We'll put an eye on your future work. Thanks for your time, Joe. Any final words for your fans in South America?

JH: I am truly sorry for the mean, boorish face my country projects in supporting a figure like Donald Trump. I’m sure you realize it’s not all Americans. That he appears to be illegitimate and headed for a potential criminal and constitutional crisis over potential collusion with the Russian government to unduly influence our elections is going to be very painful, but hopefully also rewarding in other ways, to watch unfold. Thank you for your support!